So now that there are few Ultrabooks for sale, the Acer Aspire S3 and the Asus UX21/UX31, there a quite a few people buying them.

What I find funny on the notebook forum I read (http://forum.notebookreview.com) is how many people compare them to MacBook Airs. Before, everyone was saying that the MBAs were overpriced, ugly and/or not worth the price. Now, they are the measuring stick to compare all the other Ultrabooks by because the MBAs have a better screen, better keyboard, better build quality, better touchpad etc. And that's fine, except for the fact that these people who said MBAs were overpriced... are paying the SAME prices for an Ultrabook!

Granted, they have "better" specs... but I remember when people would claim they would never pay more than $1000 for an ultrathin notebook and that the only reason why it cost so much was because of the "Apple Tax". The UX31 starts at around $1300, and while it has a higher resolution screen and more memory... the point is it's still OVER $1000!! Heck... it's closer to $1500 and there have been many posts where the build is not as good as an MBA.

And I'm not a hardcore Apple fan, I'm just pointing out something that maybe other people don't want to admit. Just like with tablets, I hope people are beginning to realize that it may not be just an Apple Tax... but a  price to pay for well engineered quality.
Posted by Big Nerd No comments:

YourNotebookCompany.com: What I would do if I were a notebook maker...

I've always wanted to own my notebook company so that I can make notebooks the way I think they should be made. I really like the new Ultrabook category and feel that most of the companies should start putting more focus on those type of notebooks than their mid-range lines.

If I were to define categories for where I would concentrate on mobile computing (other than phones), I would do these 3:

So I decided to record my first ever unboxing video of the Sony VAIO SE 15.5" notebook for the forums at notebookreview.com. It's kind of rough since I've never done one before and maybe I should have zoomed in closer to see the details.

If I have the time, I'll follow up with a video review but I think the guys at the other tech sites do a much better job (I even added a special request for Mitlov from NBR).

What I did forget to say is that it is incredibly light... much lighter than the Dell XPS 15z. You might be able to tell by the way I flip it around to show all the ports.

Recording these things are much harder than it looks.


Posted by Big Nerd No comments:

http://www.apple.com/stevejobs/
Thank you for everything "magical" you brought to our lives.

iPhone 5 will be redesigned

Another case post on BGR seems to confirm that the new iPhone 5 will take on this new design: 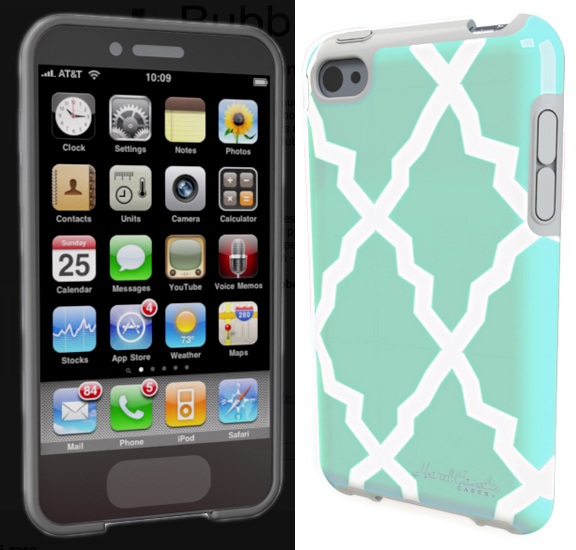 We should know for sure in a few minutes.

UPDATE: Well... that was longer than a few minutes... and while this may indeed be the case for the iPhone 5... Apple didn't announce one... just an iPhone 4S. So what is CaseMate and HardCandy going to do with these?
Posted by Big Nerd 1 comment:

(image from zunerama.com)
Back in March, many sites were reporting the death of the Zune prematurely. Well... maybe just really prematurely. According to thisismynext.com, Microsoft is out of the Zune business so they can focus on Windows Phone:

Think that guy can cover that tatoo with an Apple logo?
Posted by Big Nerd No comments:

For notebooks, I'm obsessed with thin, light frames with high resolution screens and long battery life. That's why the MacBooks (both Pro and Airs) have been an envy (not the HP Envy) of mine.

With new Ultrabooks coming out... it seems I'll have more than I want... however most of these are using that really bad 720p (1366x768) resolution except for the Asus.

Luckily, some of them are still making hi-rez, fairly thin notebooks, like the Dell XPS 15z (which I owned for a while but ended up not liking) and the Samsung Series 7. One that has my attention is the Sony VAIO SE from their S family, a 15.5" notebook that weighs under 5 lbs and has a full HD (1920x1080) screen.

I was at a local electronics store last Friday and they actually had one out for display: I will probably end up buying one to try it out and will post my impressions here. I started a thread for it in the forum section of notebookreview.com (awesome site):